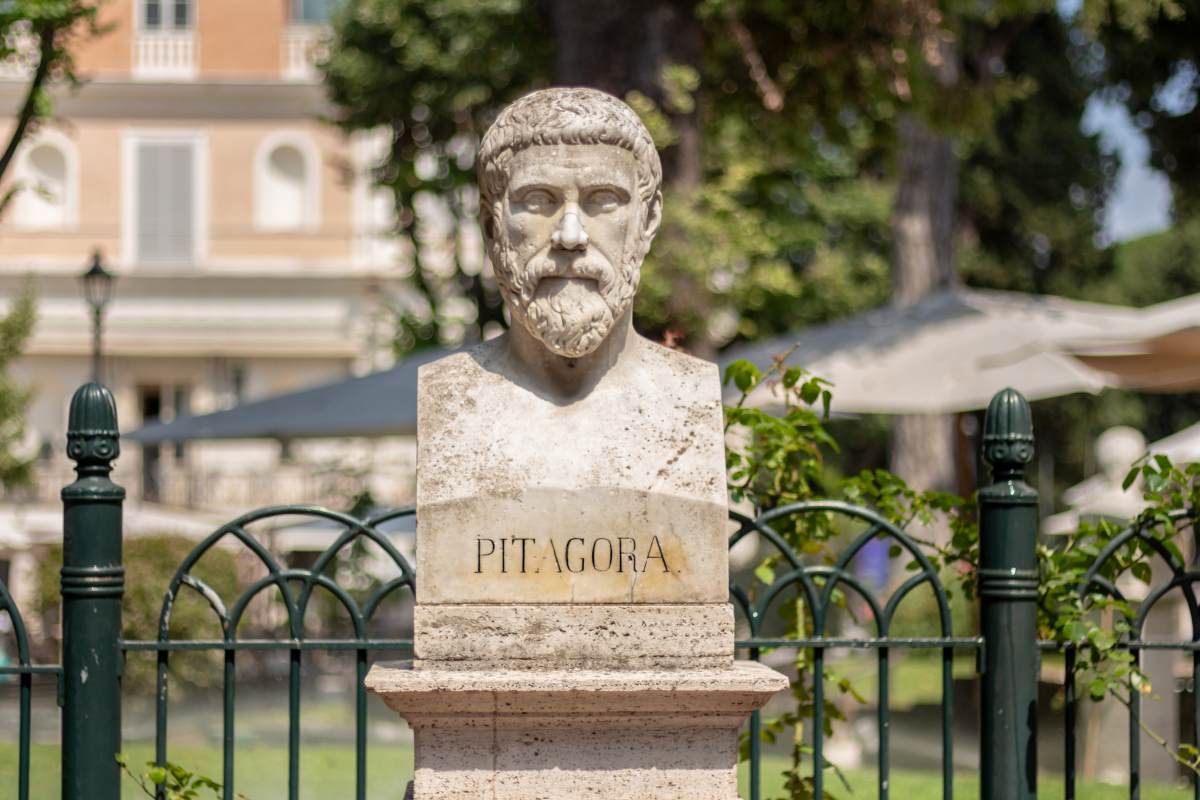 We don’t know much about the life of Greek philosopher and mathematician Pythagoras, who was born around 570 BC. He is most famous for giving us the Pythagorean Theorem about the relation among the three sides of a right triangle — something you likely remember only vaguely from school but that has wide applications in building construction even today!

Most of what we know about Pythagoras today actually comes from the writing of other philosophers, including Plato and Aristotle. Both of them credit Pythagoras with significant contributions to philosophical and religious thought. He was a firm believer in metempsychosis, the immortality and transmigration of souls.

That means, once you die, your immortal soul would migrate into a new body — possibly a human but also other kinds of animals.

According to philosopher Porphyry on his biography of Pythagoras, Pythagoras believed “that all things with souls should be regarded as akin.”

It was this belief that lead to Pythagoras’ practice of vegetarianism and to the rise of Pythagoreanism. Although it has been called a cult, Pythagoreanism followers mostly adhered to his basic beliefs in metempsychosis and vegetarianism. Though, to be fair, even this is hard to prove, as Pythagoras wrote no books himself and demanded absolute secrecy of his followers. The result? There are no written records of their practices and teachings.

But while vegetarianism wasn’t necessarily that rare in ancient times (biographer and philosopher Plutarch and Greek biologist and philosopher Theophrastus were both proponents of meat-free diets), Pythagoras’ absolute rejection of beans was certainly unique. More specifically, fava beans.

Not His Fava Bean

There are a few theories about Pythagoras’ avoidance of fava beans. A popular one is that he believed fava beans were potentially vessels for the souls of the dead (due to their flesh-like texture and their shape), so eating them would be a form of cannibalism. Additional theories say the aversion could have been due to something else — from the fact the beans resemble fetuses, human heads, or male and female genitalia (depending on who you ask) to the hollow stem of the plant being the gates of Hades.

Whatever the reason, beans were a definite no-no for Pythagoreanism followers. 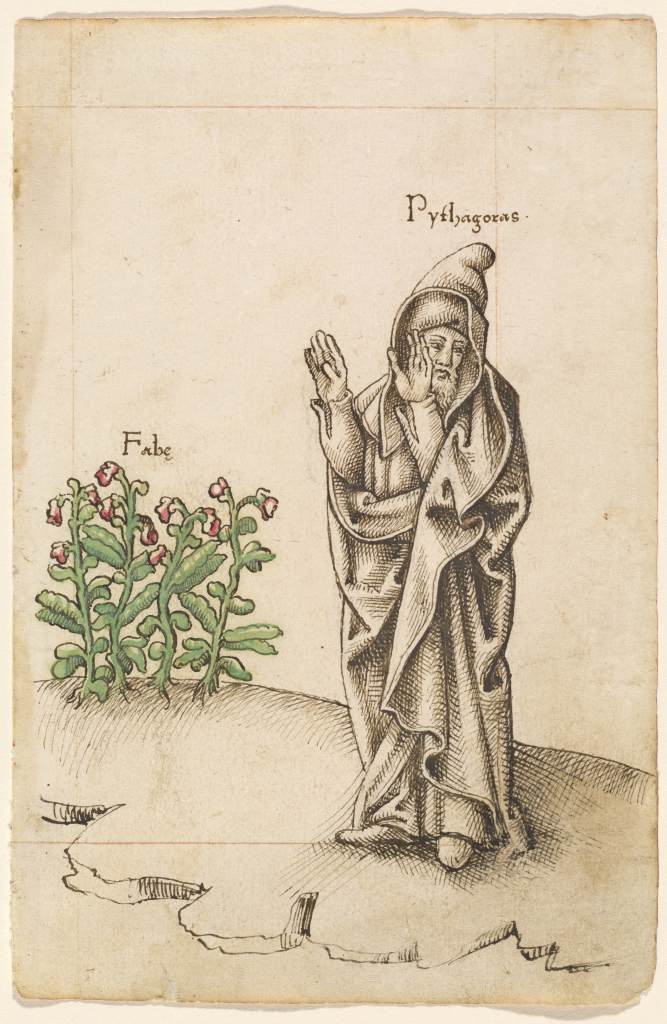 It’s Bean Fun While It Lasted

Unfortunately, Pythagoras’ aversion to fava beans might have been the reason for his death.

When the son of a wealthy nobleman was denied the chance to join Pythagoreanism (apparently, being rich did not give you the right to bypass the rigorous training and deep contemplation required to be allowed to join), he turned the townspeople against Pythagoras, leading to a massacre from which only a few were able to escape.

Pythagoras was one of the lucky ones, but only for a brief moment. As he was running from a burning building, he came upon a fava bean field. His only chance to escape was to trample through the field, stepping and crushing beans on his way to safety. Legend goes he couldn’t do it, and as he stood there frozen, his enemies caught up with him and stabbed him to death.

While the details on Pythagoras’ death might be a little sketchy, one thing is for sure: we won’t be looking at beans the same way from now on!

By Diana Bocco, contributor for Ripleys.com