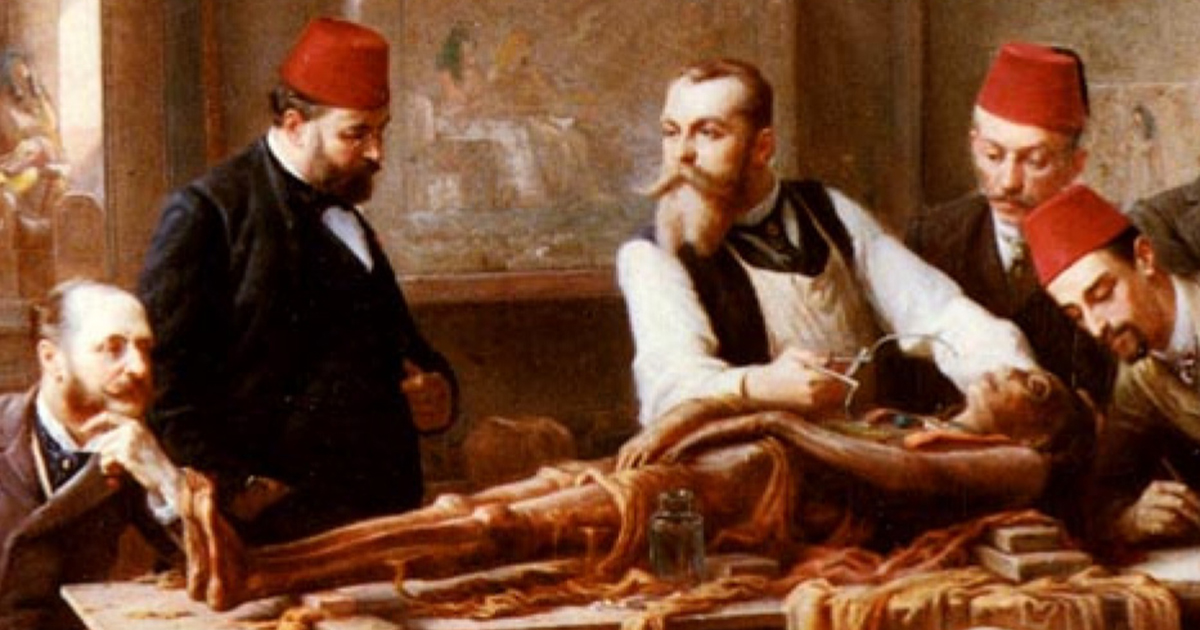 During much of the 18th and 19th century, Europeans were fascinated by Egypt, the afterlife, and everything involving mummies. The obsession was so strong and so prevalent, it even has a name: Egyptomania.

This fascination actually dated back to the 15th century, when merchants started trafficking mummies into Europe for bizarre and often macabre reasons — such as in the case of mumia (medicine made using ground-up mummies) and even the creation of a paint color known as mummy brown.

By the 19th century, however, the demand for mummies was at an all-time high, partly because Napoleon’s campaign in Egypt and Syria had renewed interest in ancient civilizations. Not in a purely academic way, of course, but more in a “let’s get together and unwrapped some mummies” kind of way.

Unwrapping parties were exactly what they sound like: Victorians would get together, have some food and drinks, and then proceed to unwrap a mummy.

As bizarre as this sounds, it was English surgeon Thomas Pettigrew who sort of pioneered this bizarre form of entertainment — although to be fair, there are some reports of mummy unwrapping events that date to much earlier times, but they certainly were not as popular or commonplace. 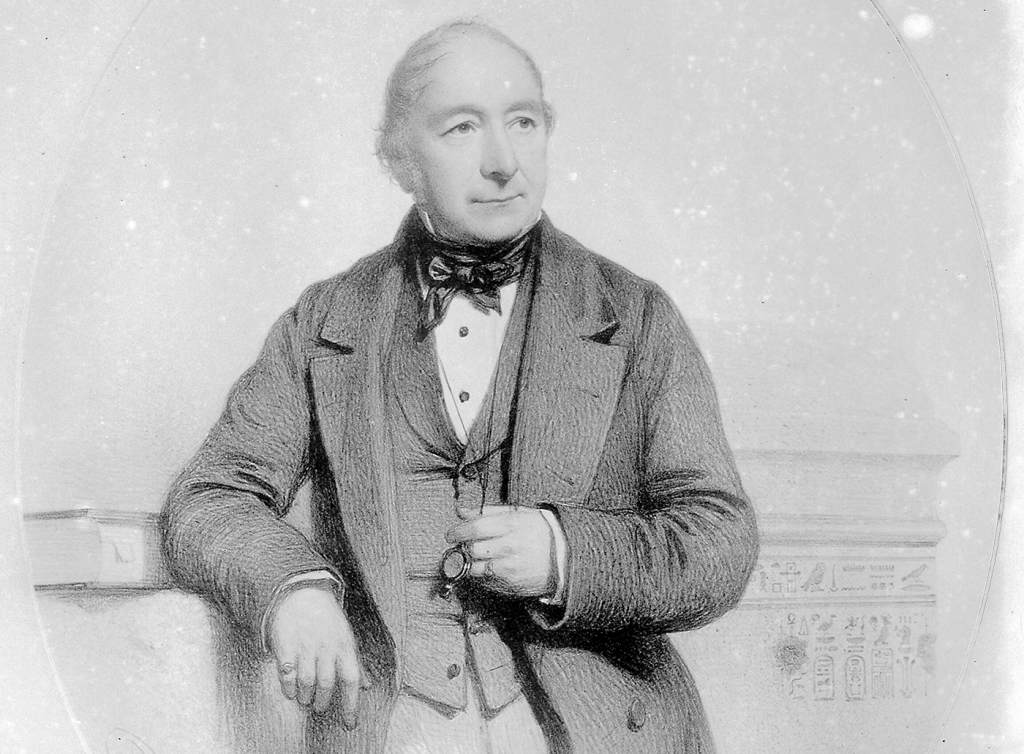 Pettigrew was a remarkable scientist who had vaccinated Queen Victoria, was a renowned antiquarian, and would eventually write some of the most in-depth books of the time about mummies and ancient medicine. But he will always be remembered primarily as the guy who made mummy unwrapping parties popular.

Not that it started that way. Pettigrew’s first unwrapping took place in front of a group of physicians in 1821 (somewhat scientifically excusable), but by the 1930s, he was unwrapping mummies in front of spectators that were more interested in the shock value than the scientific value of it. Eventually, he made the parties smaller and more private — and other well-to-do members of Victorian society started to imitate him.

The unwrapping itself often started with an introduction or lecture, followed by the unrolling of the many layers of bandages and removal of objects and amulets found during the process until the body was revealed. Depending on who was doing the unwrapping, an examination or discussion would follow about everything from the state of the skin to whether there was still hair present. 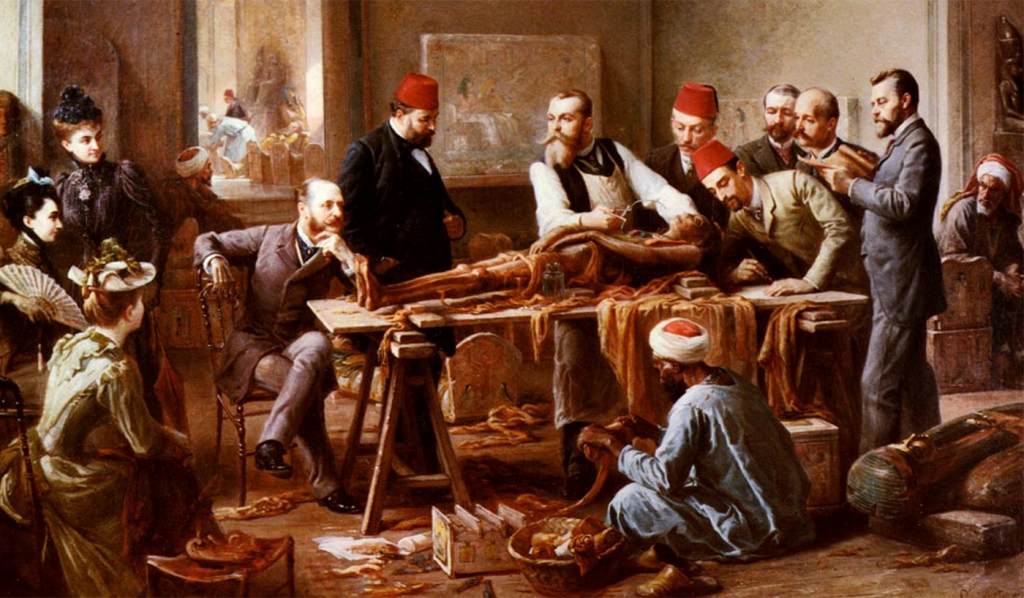 Examen d’une momie (Examination of a Mummy) by Paul Dominique Philippoteaux, circa 1980.

Eventually, mummy unwrapping parties fell into out of favor — mostly as scientists took a more serious interest in mummies but also as more people started to realize these were actual human remains that should be handled with a bit more respect. Still, mummies continued to be unwrapped by scholars for many years, who would take and document their findings.

Mummy unwrapping didn’t really stop until x-rays came along and made it possible for historians and scientists to take a closer look without disturbing the wrappings.

Now at Ripley’s Believe It or Not! Orlando, guests have the opportunity to, quite literally, unravel history with our latest interactive partnership with Interspectral! Curious visitors will be able to virtually explore Neswaiu, an ancient Egyptian priest whose mummified body is currently in the collection of the Museum of Mediterranean and Near Eastern Antiquities in Stockholm, Sweden. 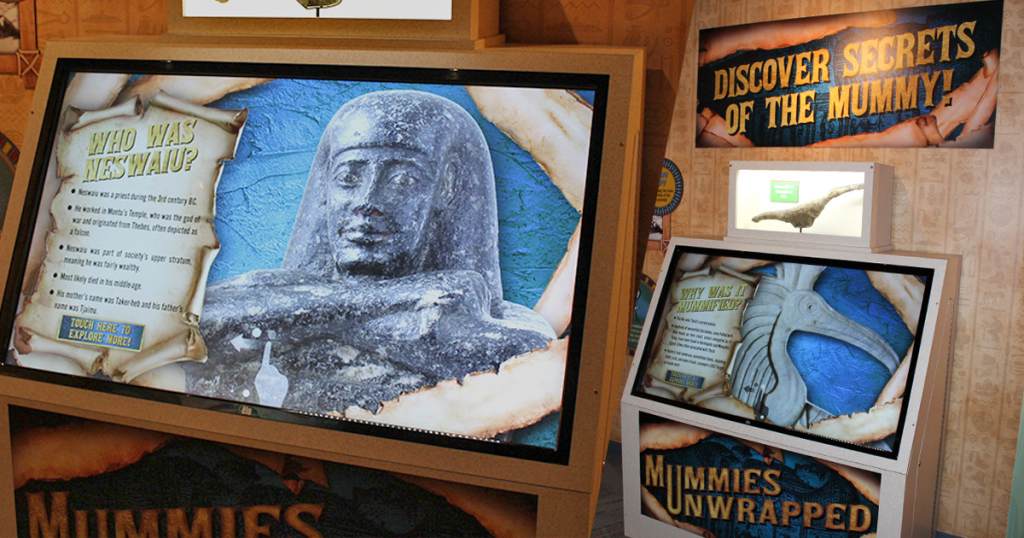 By Diana Bocco, contributor for Ripleys.com