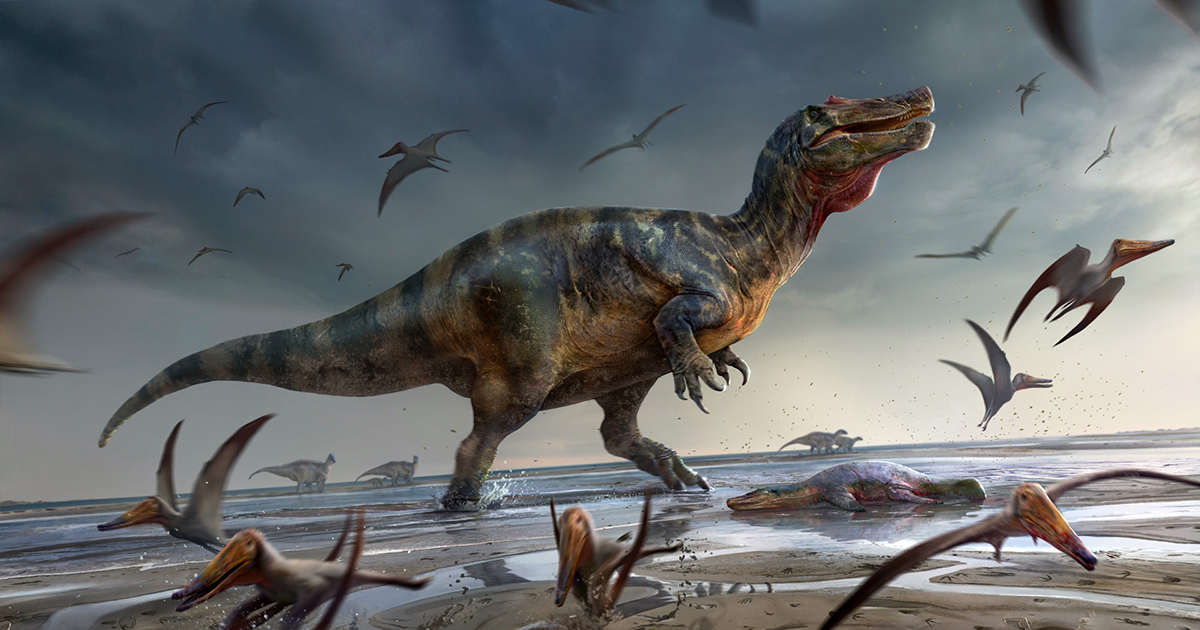 Paleontologists recently unearthed the remains of the largest predator to roam Europe, and it’s bigger and badder than you can possibly imagine. Here’s the story of Europe’s crocodile-faced behemoth.

Since the first complete dinosaur skeleton turned up in west Dorset, England, in 1858, people have felt fascinated by these prehistoric behemoths, and the stories told through their fossilized remains (via CBC News). Recent Hollywood creations such as Jurassic World: Dominion underscore this curiosity. During its opening weekend, the film raked in $150 million, and some think it could be the first action flick to break the $1 billion box-office mark since 2019, per Indie Wire.

Other dinos also continue to make a mark. To celebrate Pride Month in a BIG way, Ripley’s Believe It or Not! on Hollywood Boulevard in sunny SoCal released its rainbow-hued EqualiT-REX, complete with heart-shaped sunglasses. 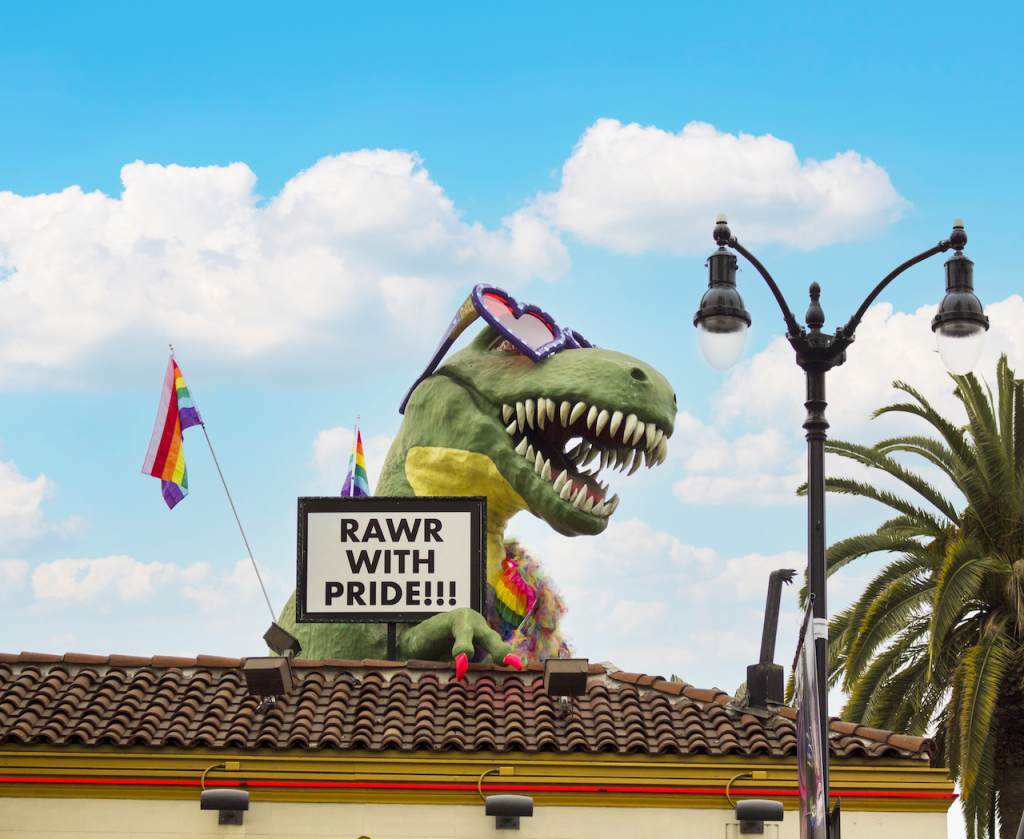 And news stories continue to splash across scientific publications about giant lizards that once inhabited Earth, including the recent discovery of a spiny-backed dinosaur that once roamed England.

On the Isle of Wight near England’s southern coast, a predator worthy of the Hollywood treatment once roamed the planet. Possibly the largest predator to tread across the European continent, the dino’s remains have been nicknamed “White Rock spinosaurid” by scientists.

The white part refers to the chalky layer of rock in which the creature was found. But researchers are holding off on an official scientific name until they unearth more of the fossil. Nevertheless, the pieces they have now offer a tantalizing yet incomplete picture of this semi-aquatic killing machine.

Besides the record-breaking size of the fossil skeleton, the pieces also represent the youngest spinosaurid ever discovered in the British Isles. What made these toothy hunters so terrifying? Apart from their size, claws, and ferocious speed and reflexes, their noggins showcased menacing crocodile-shaped faces.

Although spinosaurids remain a mysterious class of dinosaurs, we know they were excellent eating machines. They could hunt on the fly in a variety of terrain, from lagoons to rivers and lakes. Yet, researchers are still grappling with the basics about the animal, like its preferred means of capturing prey. 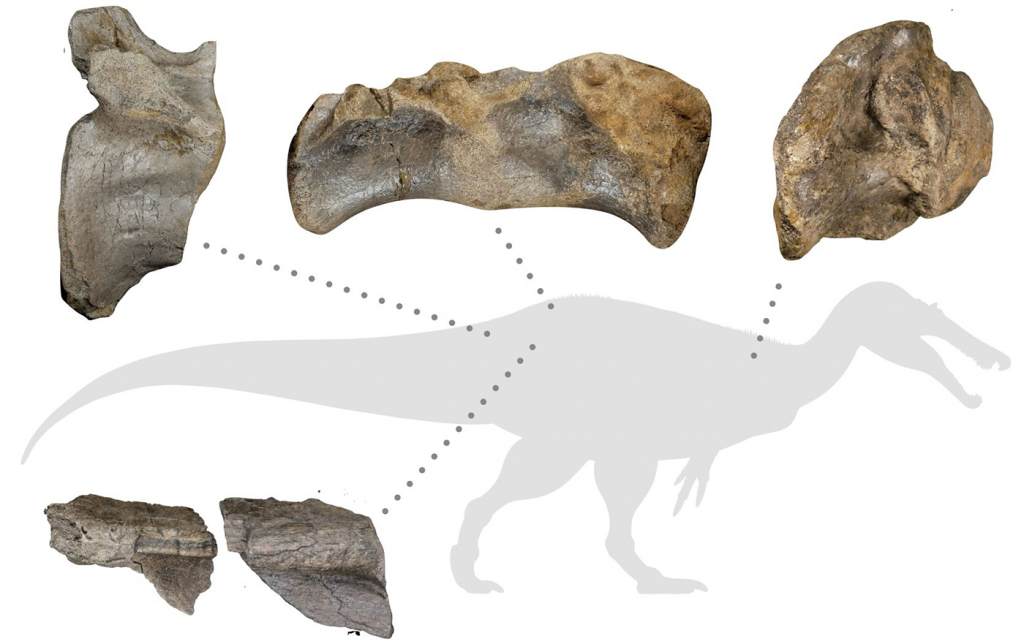 Swimming Nightmares of the Prehistoric Past

What else do we know about these strange beasts? Scientists believe they lived between 66 and 145 million years ago and describe them as having sturdy arms and slender necks. They inhabited the Cretaceous period and were even larger than T. rex! Completing their odd and singular appearance, each specimen featured a large, flattened sail-like appendage protruding from its back.

Some researchers have ventured guesses about how they captured prey, hypothesizing they actively swam after their catch, kind of like today’s crocodiles. In other words, they earned that scary-looking head. But other researchers believe they behaved more like herons, wading through lagoons and using their long snouts to catch prey tucked beneath the water.

But one thing’s for sure. The dinosaur was big. We’re talking gigantic. According to Chris Baker of the University of Southampton in the UK, “This was a huge animal, exceeding 10 m [33 feet] in length, and judging from some of the dimensions, [it] probably represents the largest predatory dinosaur ever found in Europe,” as quoted by the American Association for the Advancement of Science (AAAS).

Spinosaurids Haven’t Made Their Big Splash Yet

Baker also noted that very little is known about spinosaurids, which may be the reasons the dino only makes appearances in Jurassic Park III and Jurassic World: Camp Cretaceous, according to Looper. (SPOILER ALERT: Sorry, folks, the croc-faced creature didn’t make it into Jurassic World: Dominion.)

As for whether a spinosaurid is set to make a splash during Pride month? We’re guessing this will require a hefty size up on the rainbow clothes and funky shades currently worn by Ripley’s EqualiT-REX.

Source: Paleontologists Uncover One Of The Largest Predators To Roam Europe