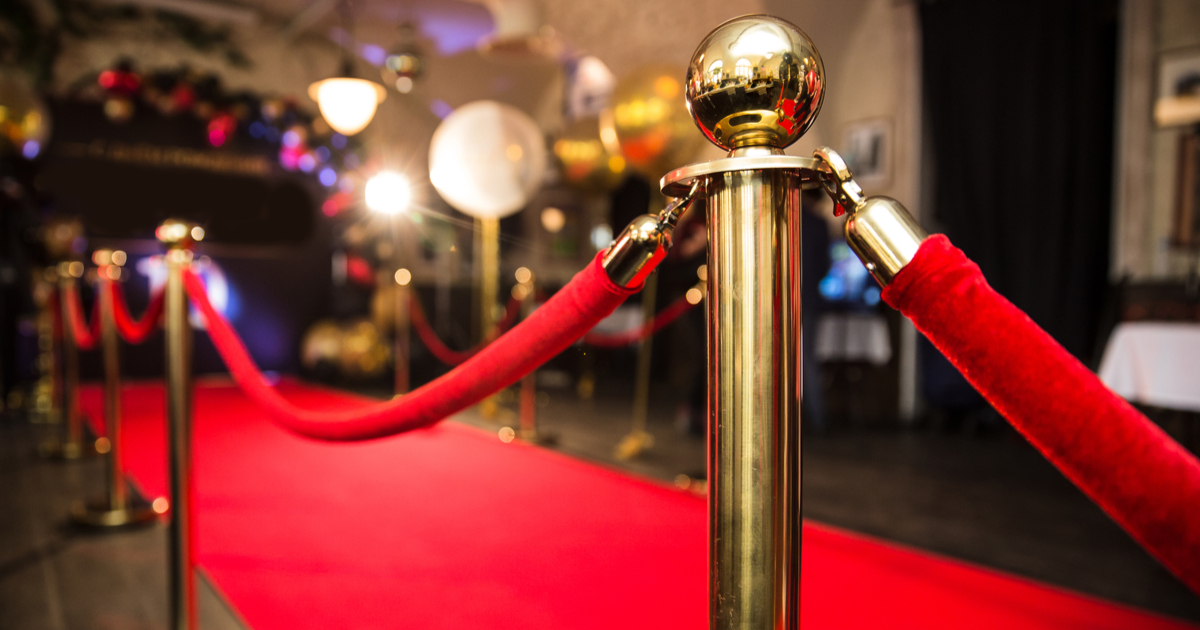 The Met Gala has always been the event for outrageous fashion and making a statement, whether you play it safe or risk making the worst-dressed list.

With this year’s Met Gala quickly approaching, we’ve rounded up some of the strangest looks throughout the years. From using your own head as an accessory to a dress made of LED lights, we can confidently say fashion doesn’t get weirder than the red carpet at the Met!

Imagine walking around in an outfit that weighs 55 pounds and somehow remaining glamorous throughout the evening. Well, pop queen Rihanna managed to do just that. In 2015, she showed up absolutely glowing in a gorgeous fur-trimmed dress for the Met’s exhibition titled “China: Through the Looking Glass.” Did we mention this gown took 20 months to make? Worth it.

If you need to squeeze in a quick hair cut pre-Met, Jaden Smith will show you how it’s done. He carried his own locs as he walked the carpet at the 2017 Met Gala. He later explained that the hair was a tribute to his sister, Willow, who was unable to make the festivities that year. It’s possible Jaden started a trend of using body parts as accessories, as shown by the next look on our list.

Insert Jared Leto. In 2019, he carried a replica of his own head as an accessory. This interesting fashion choice was tribute to Gucci’s show the year prior, in which the models all held heads down the runway. Leto was dressed head to toe — quite literally — in Gucci for the theme “Camp: Notes on Fashion”, which was inspired by Susan Sontag’s famous essay.

In 2015, Solange rocked a 3D circular dress by Giles in honor of the “China: Through the Looking Glass” theme. The craziest part was she had to keep her arms up in the air for the entirety of the event due to how restricting the dress was. It may have been uncomfortable, but her look was surely one for the books!

Priyanka wore what appeared to be world’s longest trench coat at the 2017 Met Gala. Her dramatic tan trench designed by Ralph Lauren made for a picture-perfect moment at her first-ever appearance at the event. And while the look may have appeared effortlessly chic, the extensively long train actually required a dedicated assistant to help her up the stairs.

The award for most “lit” outfit at the 2010 “American Woman: Fashioning a National Identity” Met Gala goes to Katy Perry! She wore a glow-in-the-dark gown equipped with 3,000 built-in MicroLED lights. Her lights got a glow up in 2019 when she appeared on the carpet in a fully functioning chandelier. This outfit was adorned in jaw-dropping crystals and three tiers of bright candles.

Sarah Jessica Parker is known for her elaborate Met Gala looks, and she did not disappoint for the “Heavenly Bodies: Fashion and The Catholic Imagination” theme. She donned a beautiful Dolce & Gabbana gold gown with a matching headpiece. But perhaps the oddest part was the headpiece. If you take a closer look, you’ll see an entire nativity scene inside the ornate hat.

The Met Gala has been an annual event for decades, with stunning, strange, and seriously impressive looks on display each year, and 2022 is sure to be no exception. We’ll be watching the proverbial red carpet on Monday to spot our favorite outfits of the evening, will you? Let us know your favorite Met Gala looks of all time in the comments!

By Sam McCormack, contributor for Ripleys.com

Source: The Met Gala’s Most Jaw-Dropping Looks Over The Years