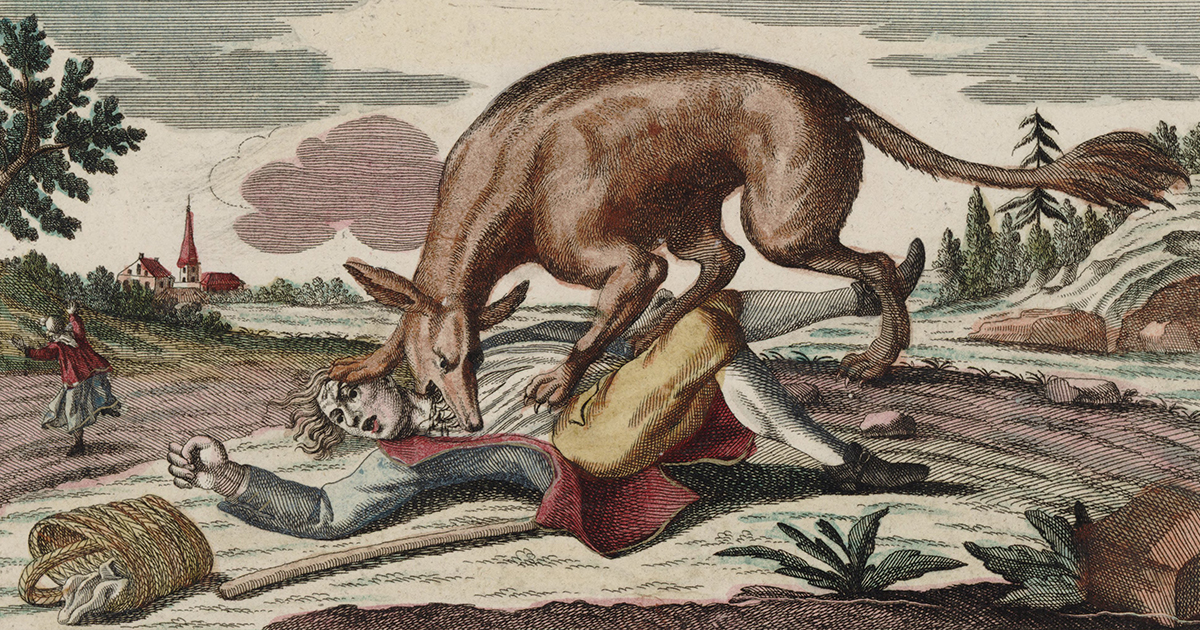 In a remote French village, where snow, wind, and thunderstorms frequently made life in the sparsely populated area difficult, villagers had more to fear than the elements. Lurking in the shadows was The Beast, a monster that stalked women and children at the edge of town.

Tales and fear of the monster spread far and wide. A wolf-like creature plagued the people living in the region, and its descriptions grew more and more gruesome with each telling. Sure, it might sound like a tale to frighten children, or even the plot of “Little Red Riding Hood,” but fiction doesn’t explain the very real deaths of as many as a hundred people!

La Bête du Gévaudan (the Beast of Gévaudan) terrorized townsfolk from 1764 to 1767. Life in Gévaudan, which no longer exists by that name, was hard but peaceful before the monster began to devour the residents.

The first known victim, according to Smithsonian, was a 14-year-old girl named Jeanne Boulet, who had been tending to sheep in the countryside.

Sadly, Jeanne would be just the start of many more victims to come. 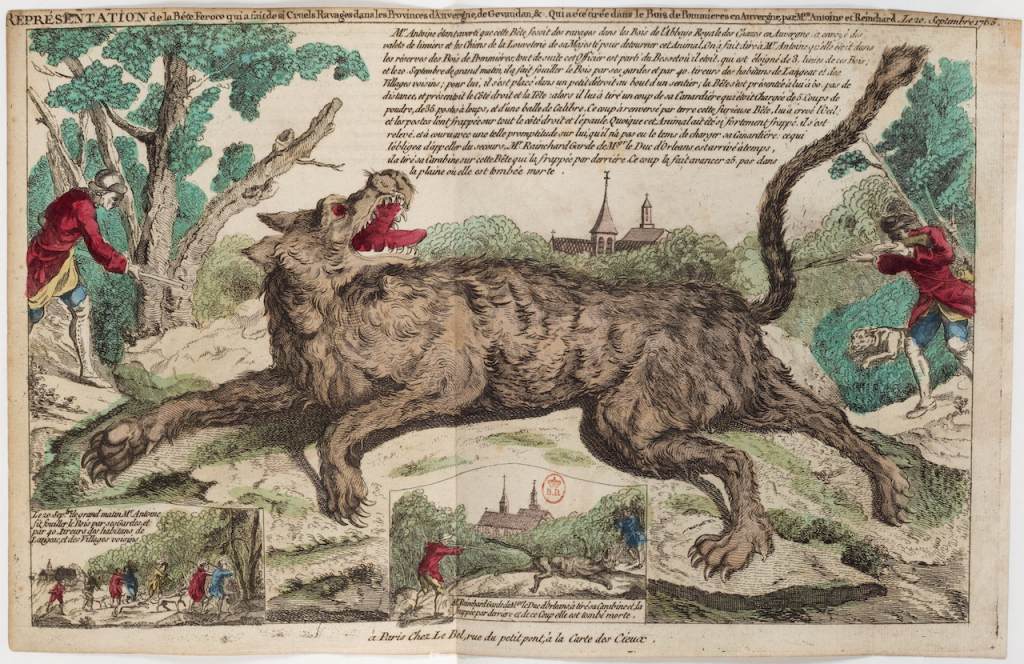 The people of Gévaudan and the surrounding areas were used to seeing wolves. In fact, according to a paper titled “The Wolf Threat in France from the Middle Ages to the Twentieth Century,” wolves attacked people more than 5,000 times in France between the 16th and 19th centuries alone! The strange thing is, although residents of Gévaudan were highly familiar with wolves, the way witnesses described the creature’s attacks did not resemble that of a typical wolf.

Descriptions of the creature, which came to be called The Beast, ranged from a wolf or hyena with the tail of a cat to a creature the size of a bull, with some claiming The Beast to be a strange lion-lizard hybrid. Some firsthand accounts claim The Beast was silent as it hunted its prey, namely young girls of the village, while others claimed it sounded like a horse neighing.

It wasn’t enough that The Beast was slaughtering residents of Gévaudan — to make matters worse, rumors spread that The Beast was hunting and seeking out humans, rather than maintaining the usual careful distance of a common wolf. 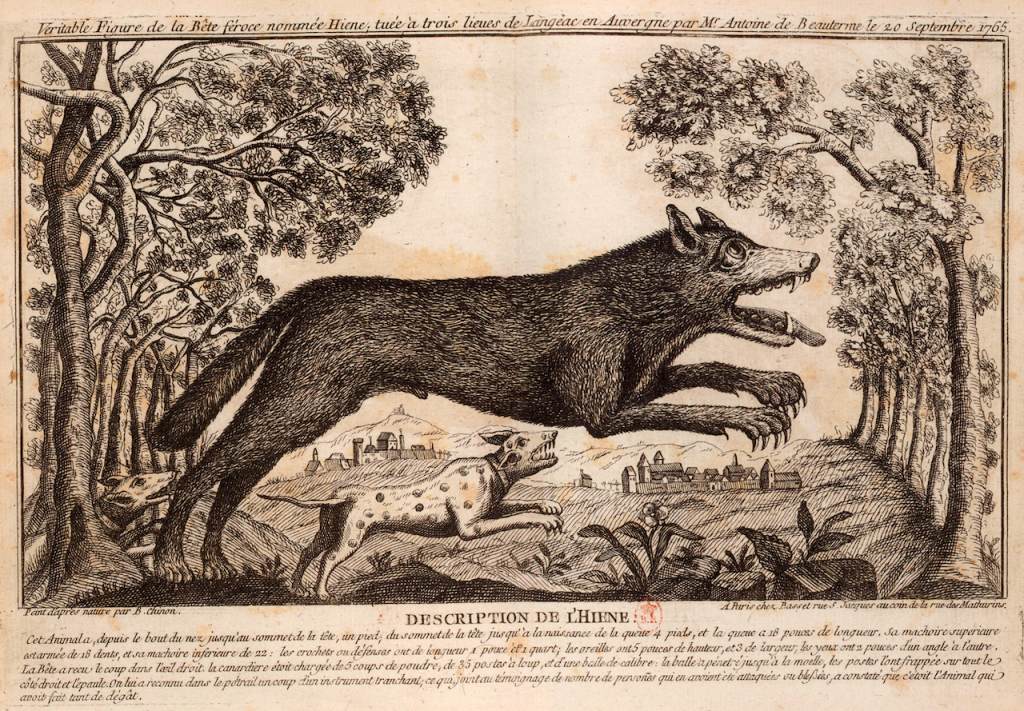 A Story Told Across the World

The gruesome tale gripped the attention of illustrators, and the story became one of the first widespread news stories as it was picked up from country to country. The caption of one artist’s rendering read, “Picture of the monster desolating the Gévaudan, This Beast is the size of a young Bull, it likes to attack Women and Children, it drinks their Blood, cuts off their Heads, and carries them off.”

The same image described a reward to any hunter that could slay The Beast. The reward grew even larger when the story caught the attention of King Louis XV. The legend continued to grow, with people claiming The Beast could deflect bullets from its fur!

With money and pride to be had, many men descended upon Gévaudan. Although thousands of professionals tried to end the region’s terror, they remained unsuccessful. People began to whisper that supernatural elements were at play and speculated that maybe The Beast was doing a human’s bidding.

Many were said to have wounded or confronted The Beast, from a group of young boys to a 20-year-old woman named Marie-Jeanne Valet, who became known as the Maid of Gévaudan. A statue of Marie-Jeanne stabbing The Beast in the chest was erected, despite its escape. 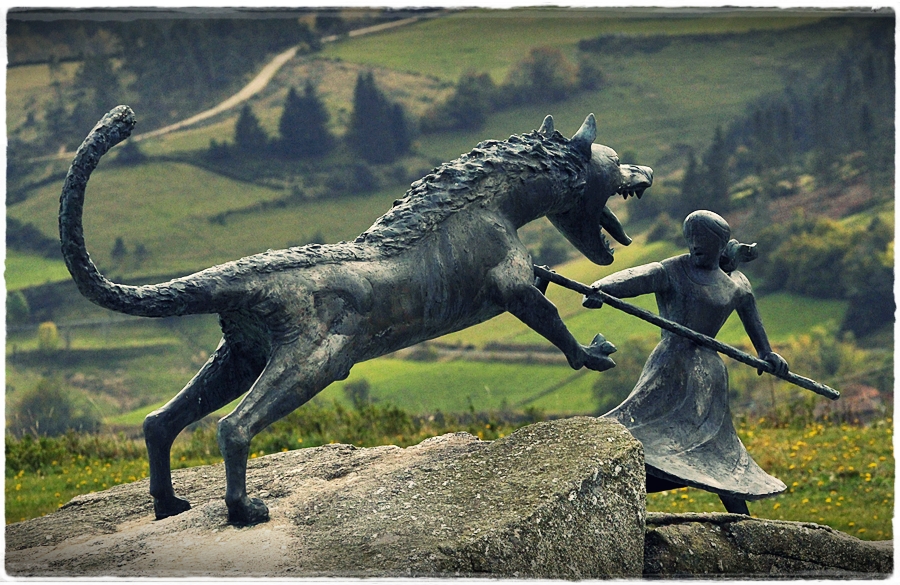 Eventually, one of King Louis XV’s men killed a large wolf with scars believed to have come from attack victims defending themselves. The animal was stuffed and sent around for the royals to observe, and many put the tale to rest. Unfortunately, after a brief period of peace, the attacks resumed. People came to wonder if a second wolf was on the prowl, or if the wolf that was killed was an imposter.

Then in the summer of 1767, a local hunter named Jean Chastel shot a wolf, and an autopsy revealed the creature had human remains in its stomach! Not long after, the attacks that had once haunted the village came to an end.

In the end, the legendary creature known as The Beast attacked more than 200 people, about half of which were killed and at least partially eaten. And while most agree the culprit was likely a wolf, there are still those who believe The Beast was something more.

By Kelsey Roslin, contributor for Ripleys.com

Source: The Mysterious Beast That Once Terrorized France