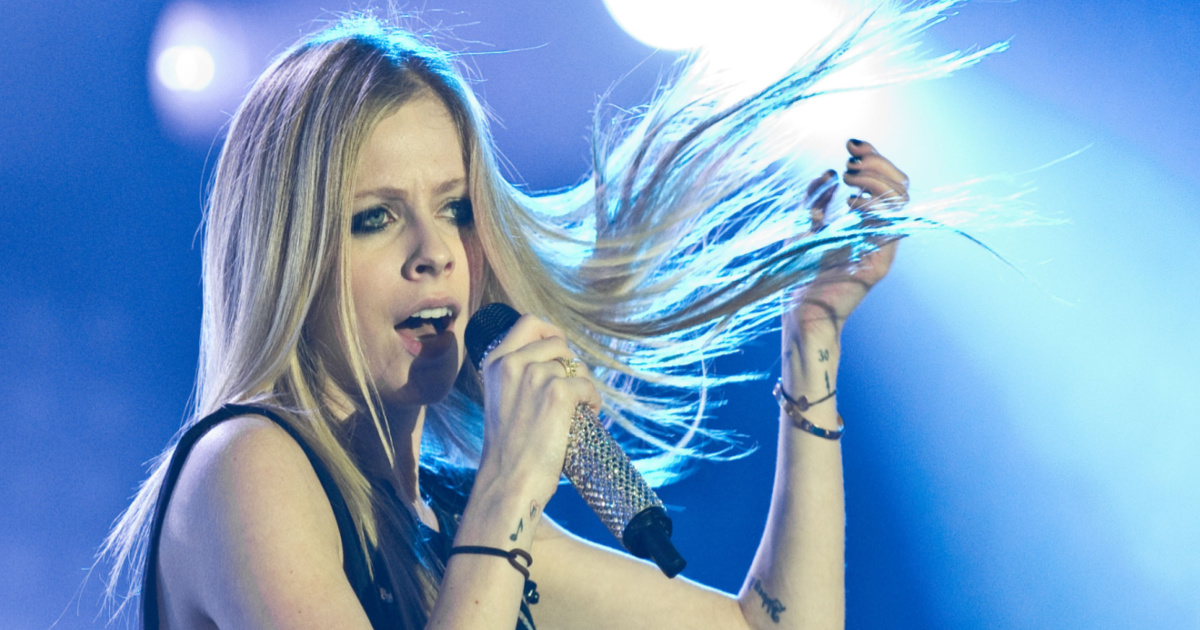 The 20th anniversary of Avril Lavigne’s debut album is upon us!

On June 4, 2002, she introduced us to a certain Sk8er Boi, and as she steps up her public appearances once again while touring her new album, Love Sux, a conspiracy theory that has followed her for much of her career is once again rearing its head. Buckle up, because people on the internet have made things so complicated.

Origins of the Theory

The earliest source of the theory comes from a Brazilian Avril Lavigne fan page that’s title roughly translates to, “Avril Lavigne died and was replaced by a lookalike?” The blog was posted in 2011, and it’s possible that many people didn’t translate it completely. Even the writer admits they wanted to pull together coincidences to create their own conspiracy theory. A portion of their blog translated conveys that the theory is based on real elements presented in a persuasive way, but that it isn’t fact.

The conspiracy theory goes that Avril Lavigne signed a million-dollar contract to her record label, which is true. Her first album went on to be massively successful. The blogger then speculates that perhaps Lavigne could have become depressed due to the sudden fame, and they point to some of her angstier lyrics.

The author theorizes that the singer may have died, which there is no evidence to support, even going as far to suggest that she was then replaced so that the record label could continue making money! Fans latched onto the conspiracy, especially after a Buzzfeed writer tweeted about the blog and bolstered it to viral levels. Since then, the theory has spun out of control, and people even have a name for her so-called replacement.

People who believe in, or just enjoy contributing to, the theory that Lavigne was replaced have created a name for the double: Melissa Vandella.

Some versions of the theory suggest that Lavigne hired an actress named Melissa who bares an uncanny resemblance to Lavigne, due to pressure stemming from her fame. However, others suggest that the “double” is a clone made by her record company.

Why people think Avril Lavigne died and was replaced by a doppelgänger. pic.twitter.com/v5LFLd1SQH

The invested conspiracy theorists will point to a number of coincidences to defend the theory. For one, fans say that her style has changed too much for it to be the same person. There are also certain lyrics that people point out when defending the theory, like in the song “Together” where conspiracy theorists look at the line, “The truth isn’t far behind me,” and think this is actually Melissa sending a message.

Die-hard fans of Lavigne’s initial style also use the theory as a way to explain Lavigne’s deviation from the style they fell in love with. They think that where the original Avril Lavigne would wear pants and a tie, it must be her clone wearing dresses.

The strange thing is — and there are many strange things about this theory — other celebrities have changed their fashion and genre without the public thinking they’ve been replaced. Taylor Swift went from country to pop, and people didn’t tweet that she was a clone!

Avril Has Answered the Conspiracy

Despite the fact that the original blogger admits in the blog itself that it was a theory to test how much people will believe, and the Buzzfeed staff member can pinpoint that their tweet about the blog is what made the theory go viral, some people refuse to be satiated.

Much like many other conspiracies, the more people deny it, the more it spurs believers to think they’re onto something. Of course, if Bigfoot was real, it would make sense for people in the know to say he wasn’t! Right?

But even Avril Lavigne herself (or Melissa, if you want to stick to the conspiracy) has addressed the clone claims. In 2018, Lavigne commented on the double rumors during a radio interview.

1. Avril Lavigne died in 2003 but due to the fame and popularity she was gaining at the time, was replaced by a clone named Melissa. pic.twitter.com/PX27LP92xS

Whether you believe the conspiracy or not, it’s worth noting that this isn’t the first celebrity clone theory. There’s a theory known as “Paul is dead” that alleges Paul McCartney died in 1966, and in order to continue to profit as a band, the Beatles replaced him with a double.

It began when a caller insisted that a radio DJ play some of the band’s songs backward to look for hidden meaning, and the DJ heard the words “I buried Paul.” From there, devoted fans and conspiracy lovers dove deep into their lyrics, photographs, album covers, and more for anything that would support their claims.

Despite trying to put the theory to rest, it flourished, and became what Rolling Stone called “music’s most notorious conspiracy theory.”

When the billboard for The Beatles’ Abby Road went up on the Sunset Strip in 1969, it featured a replica of the album cover. Within days, a prankster stole Paul’s head, playing into the “Paul is dead” rumors. The record co. liked the buzz of a headless Paul and never replaced it. pic.twitter.com/0p9V1Ouxv3

Even Beyoncé isn’t safe from this type of speculation. The Mirror reported that some fans claim Queen B died in 2000, and her record label used her DNA to clone her and keep the music coming. The conspiracists claim she looks different in newer pictures than she used to without seeming to consider she is a person who aged.

Once a clone theory catches on, it’s hard for celebrities to shake it. People in the public eye will always be subject to rumors and speculation, and yes, even conspiracy theories that they’ve been replaced by a doppelgänger.

By Kelsey Roslin, contributor for Ripleys.com

Source: Was Avril Lavigne Replaced By A Double? It’s Complicated